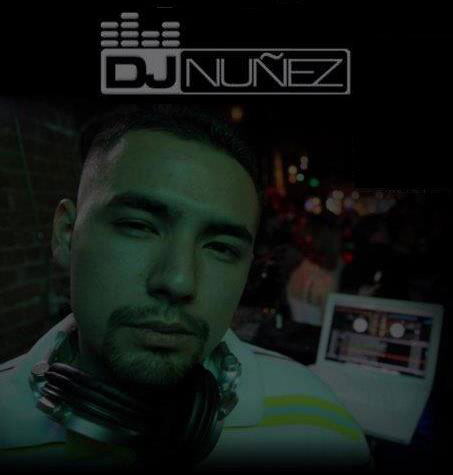 Nunez my man it’s been a long time!!!
I know you grew up messing with the decks and learning from your older brother and cousin, and then you joined the Radio Bums Record Pool. That’s about the time when I met you, through the record pool when you and I were both trying to get our first gigs. What do you remember about your first gig or gigs?

I started doing a lot of private events like quinceaneras and stuff but my first club residency was at Club 101 Bolder on Wednesdays.

I know you keep stepping it up and are now playing at the hottest spots in Fort Collins. Where is your favorite spot to play at right now?

There’s a couple in Denver, The Beatport Lounge in Beta and the main room at Vinyl. Up north in Fort Collins… I know it’s a little biased but I love my current spot, Wall Street Bar and Grill.

What would you say is your most memorable gig?

I guess I would say when I played at Beta. Kemo and Shake One were at Global or something and I got to fill in and rock with Tanastidi… but Kemo and Shake ended up coming through and we all rocked together.

Dream residency anywhere in the world?
Two  big goals of mine are Vegas and Europe. In Vegas nowhere in particular I just want to rock the party and I really want to go out and play in Europe too.

Whats one of your favorite throwback or secret weapon that always works?
Be Faithfull – Fatman Scoop

Is there a song that you consider the worst request ever?
Sponge Bob Song AKA Cat Daddy

I know you just dropped a new mix, you want to tell me about it?
It’s basically a current mix of my style lately. Everything is gravitating towards electro music and that’s what inspired me. So I put together some of my favorite songs right now so that I can hand it out to people, I’m hoping it lands in the right hands.

Well here it is!!

I’m digging it for sure. You put in a lot of my top electro tracks in there and fit in some sick remixes. I really liked the remixes for Saxobeat, Live My Life, and Turn Me On. Oh and I liked that you put in that Haters Gonna Hate track, I always drop it.

Any crazy stuff happen at a gig recently?
I’ve actually have had to ruffle some people by the booth for acting up lately…

Yeah you’ve gotta watch out for all that for sure. That reminds me, I remember that a long way back I convinced you to rock a house party with me in the smallest most ghetto house ever… you brought your speakers and we both tore that place apart. I just remember that I didn’t think we were gonna make it out of there alive LMAO and that one of my cousins was there and thought you were cute or something… awesome!!! House parties aahhh I miss that…

Yeah I remember that, I had fun that night! There was this one time when I was leaving a quinceanera in Greeley. My friends called and told me about a house party in Fort Collins so I brought all my stuff that was already with me to the place. I brought in my big three-way JBL setup, turntables, a mixer, records, and even lights. It got so packed they started carrying out couches and stuff to make room for all the people. Eventually the cops came, not because of a noise complaint but because they were driving around and they heard it and followed the sound.

That’s dope. They could hear Nunez from a mile away huh!!
So where can we hear you now?

Well I’m at Wall Street on Wednesdays, Fridays, and Saturdays. I’ve been with them for about a year and a half now.

Sick! Keep doin’ your thing bro the mix sounds good. Thanks for your time!